With Gingerbread, what author Helen Oyeyemi wants to make the readers believe is that they are never too old for fairy tales. She is a professional writer, and most of the children have read her folklore books. Mr. Fox, a novel written in 2011 and Boy, Snow, Bird released in 2014, are some of her excellent works. 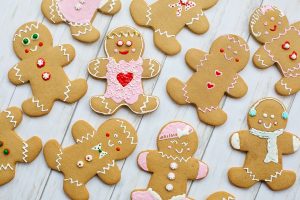 At the center of her new novel, Gingerbread is a brother and sister Hansel and Gretel, who escape from a witch’s house (taken from a classic fairy tale of Germany). The new novel is not a retelling of the German fairy tale. It carries all the trademarks of Oyeyemi, especially her sly obliqueness. The only thing common in her previous works and this one is the breathtaking originality and the beauty with which the story is unfolded.

Gingerbread revolves around Harriet Lee, a teacher by profession, and her daughter Perdita. Both are characterized as mysterious as well as stubborn in their ways. While Harriet is portrayed as kind yet tough, Perdita is shown as a loner and reserved.

In her desperateness to join the PTA ranks of her school, Harriet tries to woo the school members with her trademark gingerbread, which she had learned from Margot, her mother. She prepares it regularly for Perdita, who is obsessed with it, yet is advised not to have it due to her celiac disease.

The first twist of the novel happens when Harriet finds that her daughter is going to die as she ate Gingerbread with some mysterious ingredient in it. However, Perdita insists that it was not a suicide attempt, and she did it out of curiosity to know more about Druhastrana and visit it. Druhastrana is a mysterious nation and home country of Harriet, which no one sure exists.

Perdita convinces her mother that she will reconsider her decision to make a trip to the mysterious nation, if and only if she tells the escape story of herself and Margot from Druhastrana to England. Harriet agrees to it and then unfolds the mystery.

The middle part, if the book is mostly dedicated to Harriet’s childhood at Druhastrana, is her learning to make the Gingerbread, her part factory and part brothel life, a murder, and finally, a death how she managed to escape from there. 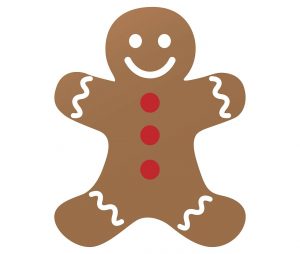 Summarizing Gingerbread in words is nothing less than describing a weird, strange dream. It is tough to find words to describe a virtual experience. This is what makes Gingerbread very unconventional. The characters in this novel are multidimensional. They are wealthy, peculiar, and mysterious too.

In her narration, Oyeyemi never disappoints us. She comes out with flying colors. She knows how to make her audience believe in something. She is a master at suspending their disbelief, but also has an uncanny ability to depict fiction as a reality. The pace at which she tells the story keeps the reader glued to

it. The readers will relate and feel for Harriet and Perdita’s characters, especially when Perdita is on a hospital bed.

Gingerbread does have individual glimpses of Hansel and Gretel. Yet, several unexpected dimensions show us why Oyeyemi is considered one of the best authors in the modern era.